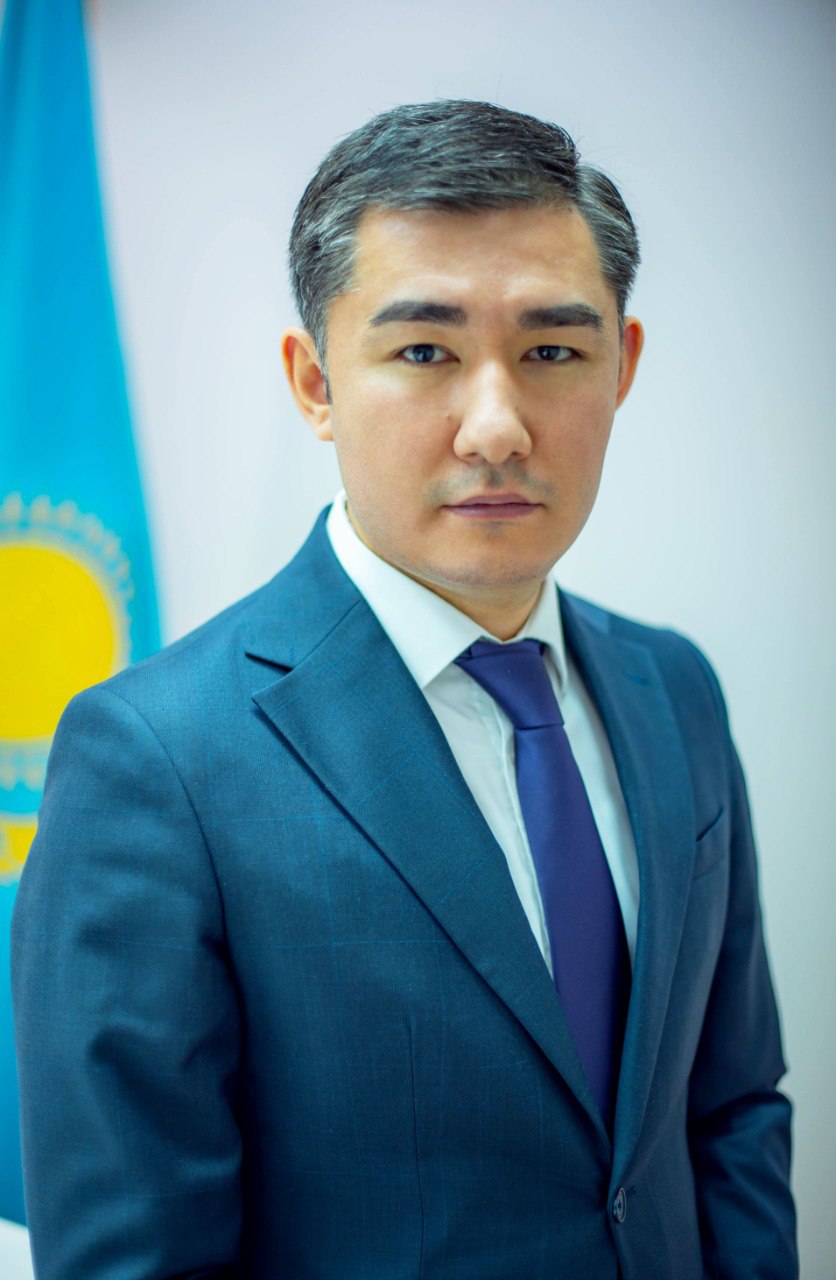 He began his career in October 2011 as a leading specialist of National Information Technologies JSC. In 2012 - 2013 he worked as a business analyst at EPAM Kazakhstan LLP. From 2014 to 2018, he worked in various positions at Kazpost JSC. After that he worked in commercial organizations. In 2020, he served as an adviser at the Ministry of Digital Development, Innovation and Aerospace Industry of the Republic of Kazakhstan.

Since October 2020, he worked as First Deputy Chairman of the Board of the Government for Citizens, where he oversaw the coordination of front offices, quality control, a single contact center and IT projects of the state corporation. 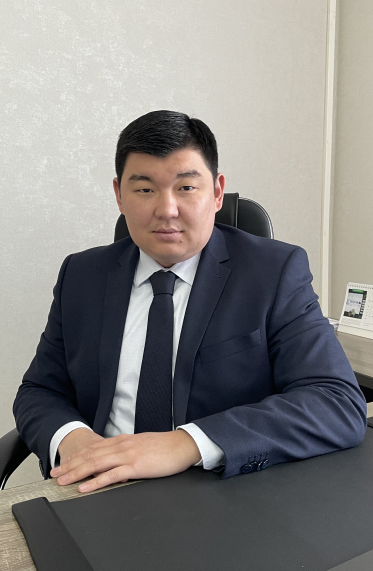 Supervises the financial activities of the state corporation

He began his career in 2005 in the banking sector, where he worked for 12 years. Has experience in the private sector and public administration (Ministry of National Economy of the Republic of Kazakhstan). He also held executive positions in SEC Saryarka, Kazakhstan Center for Public-Private Partnership JSC.

Since October 2020, he has been working as Deputy Chairman of the Board of Government for Citizens.

- part-time work and membership in the Boards of Directors of other organizations currently: NO 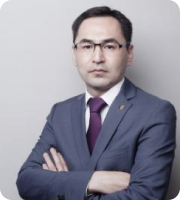 Supervises the social security issues of the state corporation

From 1997 to 2014 he worked in various positions in the social sphere. He went from the chief specialist on pension fund affairs of the Zhezkazgan regional department of social protection of the population to the director of the Almaty city branch of the State Center for the Payment of Pensions.

In September 2014, he was appointed General Director of the State Enterprise "State Center for Public Relations". When creating the Government for Citizens state corporation, he headed the Directorate for the Interagency Settlement Center for Social Payments, worked as the managing director for coordinating production activities, and as the director of the central branch of the state corporation.

On April 25, 2019, he was appointed Deputy Chairman of the Board of the Government for Citizens State Corporation.

- part-time work and membership in the Boards of Directors of other organizations currently: NO 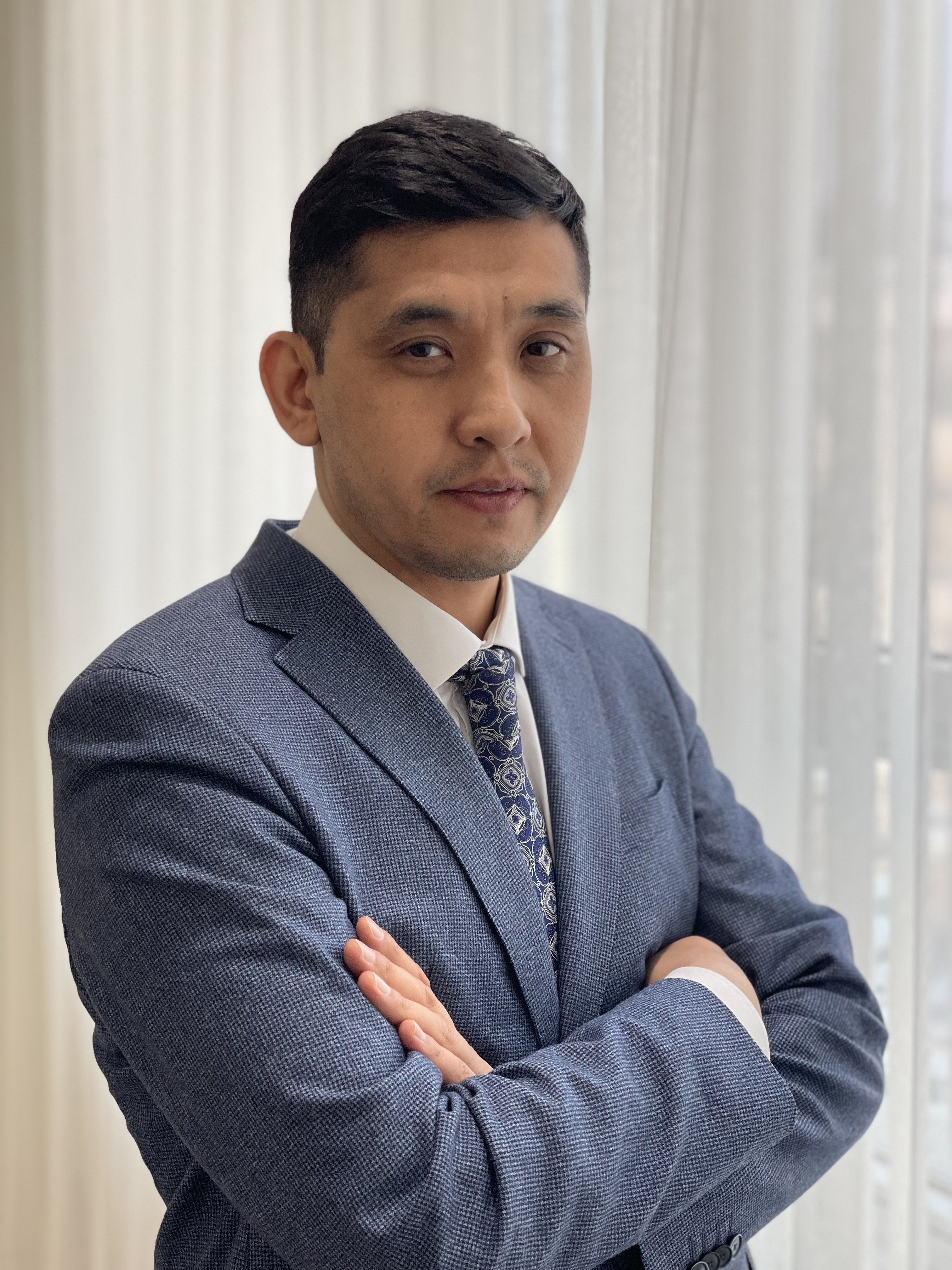 Supervises the work of front offices

In 1999 he graduated from the Faculty of Physics and Mathematics of the L.N. Gumilev Eurasian National University.

In the same year, he began his career as a teacher of mathematics and computer science in high school. From 2001 to 2006, he was Deputy head of the Department of Applied Administration in the branch of the processing center of JSC "KTZ".

From November 2007 to October 2010 he held the position of Chief Project Manager of the Processing Center of the Retail Business Development Department of Tsesnabank JSC.

From 2011 to 2017, he held various technical positions from project manager to Director of the Department of maintenance of the service model of informatization in JSC "National Information Technologies". From November 2017 to March 2018, he headed the Committee on Legal Statistics and Special Accounts of the Prosecutor General's Office of the Republic of Kazakhstan.

In 2018-19, he was engaged in private entrepreneurship, and since July 2019 he has been a managing director and a member of the Board of JSC "Unified Accumulative Pension Fund".

- part-time work and membership in the Boards of Directors of other organizations currently: NONE

- ownership of shares of the State Corporation: NO

- ownership of shares of suppliers and competitors of the State Corporation: NO 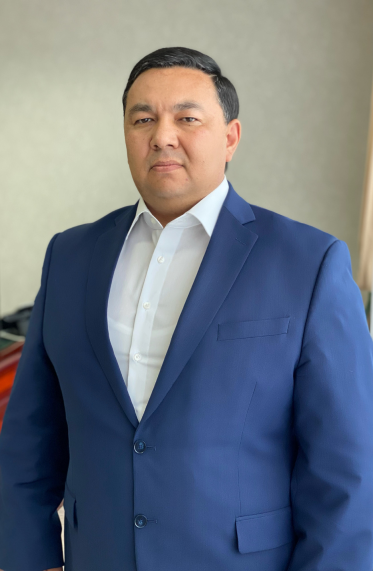 In 2002 he graduated from Kostanay State University named after A. Baitursynov with a degree in jurisprudence.

From August 2002 to May 2003 he was acting assistant prosecutor of the Karasu district of the Kostanay region.

From May 2003 to June 2006 - assistant prosecutor of the Karasu district of the Kostanay region.

From October 2017 to May 2018, he was the head of the Department for Work with Appeals and Paperwork of the Office of the Prosecutor General of the Republic of Kazakhstan.

Since 2019, he headed the department for recording and analyzing appeals from individuals and legal entities of the Committee for Legal Statistics and Special Records of the General Prosecutor's Office of the Republic of Kazakhstan.

- part-time work and membership in the Boards of Directors of other organizations at the present time: NO

- ownership of State Corporation shares: NO

- ownership of shares of suppliers and competitors of the State Corporation: NO 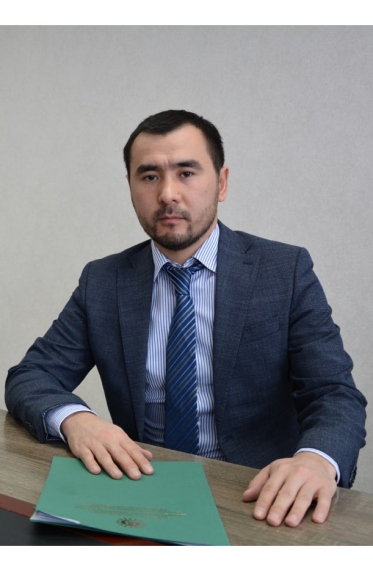 Supervises issues of legal, personnel, administrative and economic activities, documentation support and general management in the field of public procurement of the state corporation

In 2004 graduated from the Kazakh State Law Academy with a degree in jurisprudence. He also holds a diploma in finance and credit from the Kazakh Institute of Law and International Relations.

He started in 2007 as an inspector of the State Institution "DBEKP in Pavlodar region", where he worked until 2011.

2012 - Specialist of Beineu-Shymkent Gas Pipeline LLP. In the same year, he worked in the security service of the Republican State Enterprise "Public Service Center".


Since January 2022, he has been appointed to the position of Chief of Staff of the Management Board of NJSC “State Corporation “Government for Citizens”.